RemotePossibilities hosts the viewing recommendations and related ramblings of a life-long media junkie and sometimes professor of film, television, and 20th century American culture.  It is the online answer to the question most asked of me at cocktail parties, family gatherings, and in the hallways after class: “So, what are you watching?” 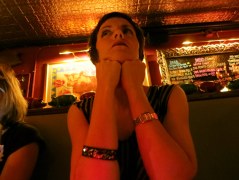 L. Kenna is a writer, lecturer, blogger and historian living in Washington, DC. She is faculty for Research Writing and Cultural Criticism at Trinity Fellows Academy in Royal Oak, MD. Her writing has appeared in USAToday, The Washington Times, Christianity Today, Rare, and Patheos, in addition to scholarly venues.

She has just finished writing a handful of college text book chapters on media and 20th century American life and is still in progress on two non-fiction books. And she has three kids five and under. Which means both that she may be slightly nuts and–more importantly for RemotePossibilities readers–sometimes (despite best intentions) this blog languishs in the face of other deadlines.  Thanks in advance for your patience.