The NBC comedy serves up an unusual take on the afterlife with a side of fro-yo, hold the religion.

[written for Christianity Today, you can start the article here and read the rest on their homepage.]

From time to time, popular culture weighs in with advice about the afterlife. “You can’t take it with you,” admonishes the Pulitzer Prize–winning play by the same title. A popular ’50s polka warns that “in heaven there is no beer.” According to NBC’s The Good Place there is, however, a copious amount of frozen yogurt.

The Good Place, now hitting its mid-season stride, is the latest TV comedy from writer/producer Michael Shur—also creator of Parks and Recreation and Brooklyn Nine-Nine and a writer on The Office. Shur’s wit and his penchant for strongly drawn characters feel familiar. The new series makes a strong break from his run of workplace comedies, however, by setting its storyline in heaven.

Or a version of heaven. Simply called “The Good Place,” it’s an afterlife that exists without a relationship to any of the world’s religions, all of which failed to rightly imagine how to enter the hereafter. Instead a complex logarithm narrows down those granted eternity in The Good Place, admitting only the most elite among do-gooders, activists, and philanthropists. While the series forgoes the concepts of sin and religion per se, it regularly relies on ethical lessons in the hereafter.

This potentially weighty narrative tactic is lightened by the whimsical aesthetic and quirky details of life in The Good Place. The architect behind this particular neighborhood of the afterlife is a supernatural being named Michael (Ted Danson, his impeccable comic timing in force). Obsessively detailed and fascinated by human culture, Michael has worked painstakingly to optimize his corner of the afterlife for his charges’ happiness.

Upon arrival, every one is granted a mansion of their dreams and introduced to their true soul mate. Residents pass their days acquiring skills like learning how to fly or being treated to a perfect re-creation of their favorite earthly meal ever. They also enjoy unlimited frozen yogurt in hundreds of unlikely flavors.

Nonetheless, something is amiss in this corner of eternal happily ever after. That something is a someone named Eleanor Shellstrop (Kristen Bell, more charming as the episodes stack up), who was, among other things, a snake-oil marketer, litterbug, and generally unreliable friend back on Earth.

Admitted to heaven in an unexplained mix-up, Eleanor finds that Michael has her name right, but all the other details of her biography wrong. Now Eleanor must deceive her way through this do-gooders afterlife, trying to keep up a charade of saintliness to avoid being found out and sent to The Bad Place. 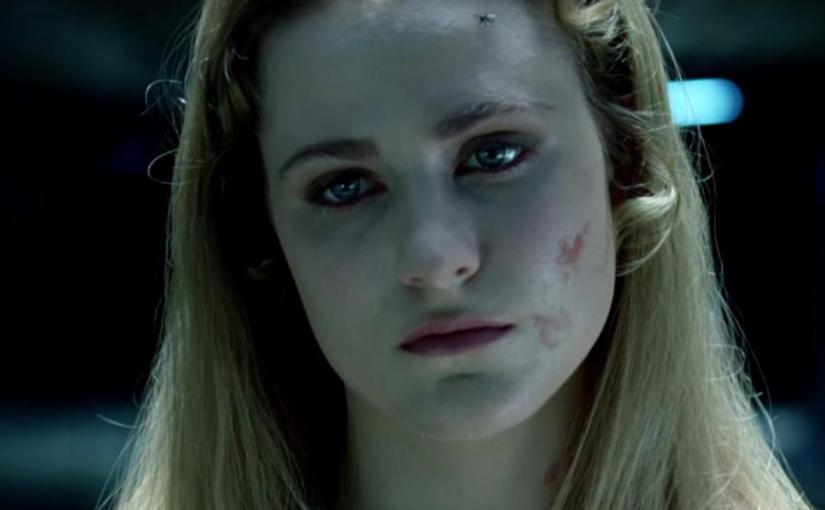 In its pilot Westworld provided me early warning to expect smart, unsettling things from by convincing me its numerous naked bodies were not important features in the story. As the gal who still hides behind the locker doors while changing at the gym, no one is more surprised about this than I—which is also why I think this reaction is worth sharing.

When HBO started promoting its new sci-fi meets western project, I was immediately interested in the premise but skeptical I could handle Westworld. An initial teaser includes several actors (mostly shot from the shoulders up) who appear to be both naked and confined to glass holding cells. The voice-over juxtaposes descriptions of the freedom offered visitors of virtual reality Old West vacation with shots of these confined characters, most of which appear dazed and vulnerable.

One clothing-challenged individual, however, is pictured  horrified as she stumbles, injured, through a corridor lined with glass boxes occupied by other naked bodies. The trailer’s accumulated images triggered memories of Twilight Zone, X-files, and Fringe episodes that dealt with experiments on human test subjects—memories of some of my favorite sci-fi series and of some of their most upsetting tales. 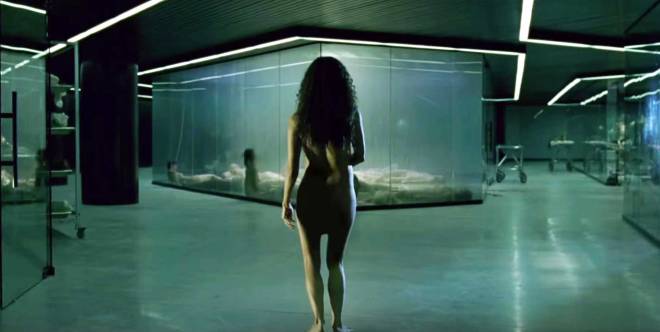 Their nudity is accompanied by the contrast of darkness with harsh fluorescent lights; their eerie silence interrupted with a few foreboding quotes. (“These violent delights have violent ends.”) HBO primed viewers to feel for these disrobed figures, whether that feeling is curiosity, concern, or dread.  END_OF_DOCUMENT_TOKEN_TO_BE_REPLACED

Christians Have Good Reasons Not to Watch Westworld. Maybe Some of Them Really Should Anyway.

Early this month HBO launched its newest Sunday night drama. Glittering with big screen stars on horizons as vast as any classic Western, Westworld delivers the sort of small screen spectacle only the most generous pay-cable budgets can provide.

As immediately obvious as the size of its budget, however, are the size of Westworld’s ethical questions about the relationship between humanity and technology. Debuting just a few weeks before Playstation4’s new virtual reality head-set, the series asks how later generations of virtual reality technology will force us to recalibrate our ethics. How will creations a few iterations beyond today’s digital entertainments, bioengineering feats, and artificial intelligence confound our moral compasses? END_OF_DOCUMENT_TOKEN_TO_BE_REPLACED