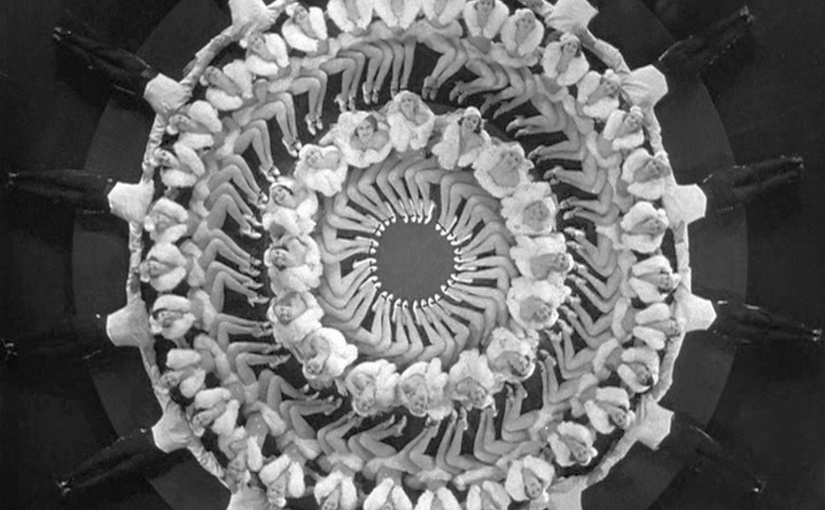 its charm with rapid-fire wit, sometimes jarringly frank innuendo, and a generous dose of aesthetically and industrially significant Hollywood history.

In 42nd Street (1933), newbie “hoofer” Peggy (Ruby Keeler)–that’s 30s speak for tap-dancer, got me?–breaks her way into the chorus line of a Broadway production.  In between grueling rehearsals, she learns the varieties of backstage romance from the well-intentioned to the gold-digging with a few others in-between. Her character’s story as a young gal adapting to life in the Big City is paralleled by a plot concerning threats to the financial future of the show and the secret affair of its female star.  These plots converge when Peggy becomes a last minute replacement for the lead and must push herself to discover what she’s made of.

As a “backstage musical” 42nd Street‘s musical numbers occur within the confines of putting on a show rather than the any-minute-now-someone-might-break-into-song type that many non-musical theater types find off-putting.  It’s also a Warner Brother’s picture, the studio whose brand was films for “the working man” and also included the original cycle of Hollywood gangster pictures.  (Yes: this explains how Jimmy Cagney of Public Enemy (1931) was also famous for his tap dancing a la Footlight Parade (1933): WB had him under contract for the bulk of his career.) END_OF_DOCUMENT_TOKEN_TO_BE_REPLACED

The media historian in me isn’t getting enough exercise these days so I’ve decided to experiment with a series of “throwback Thursday” recommendations.  To kick this off: a trip to the not-so-distant year of 1999 for German Sundance darling Run Lola Run.

Run Lola Run recounts its heroine’s frantic sprint across town to try to rescue her lover Manni from the fallout of a robbery gone wrong.  Don’t mistake it for a heist film, however. Skipping over anything like the careful run up of planning and then executing the crime, the film dives in with all the criminal wheels already in motion.  What results is all adrenaline–from the beat-the clock circumstances that the couple are up against, to the literal running through the streets of Berlin–accompanied by a kinetic visual style and a techno soundtrack that will not let viewers’ blood pressures fall. END_OF_DOCUMENT_TOKEN_TO_BE_REPLACED 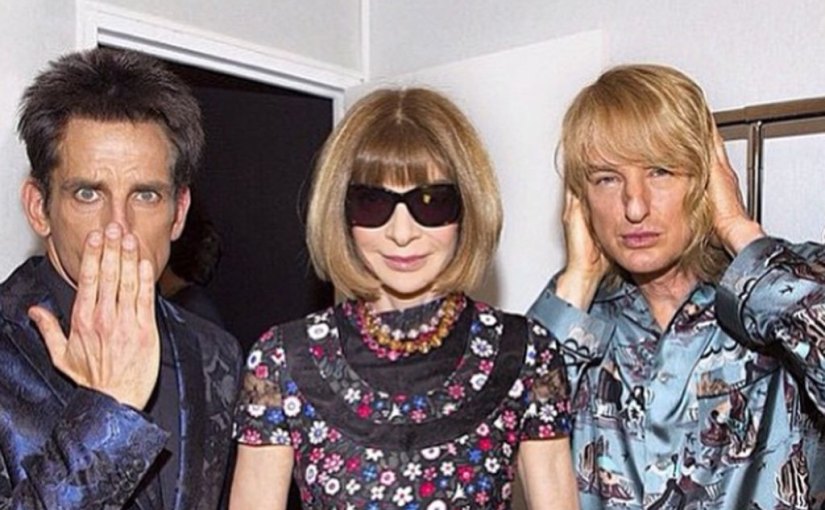 No, you were not taking crazy pills.  Derek Zoolander–with Blue Steel and frenemy Hansel in tow–hit the runway during the finale of the Maison Valentino show.  Best thing to come across the newswire today hands down.

A publicity stunt “so simple” and now we’re on notice for Zoolander 2.  Which is good, since the one-liners that have made their way into my everyday speech from the first film are now a shocking/humbling 14 years old.  Man, I was so young back in 2001 that I couldn’t relate to Mugatu’s lament about foamy lattes making him feel bloated.

Turns out that the Starbucks “flat white” has arrived just in time, indeed.