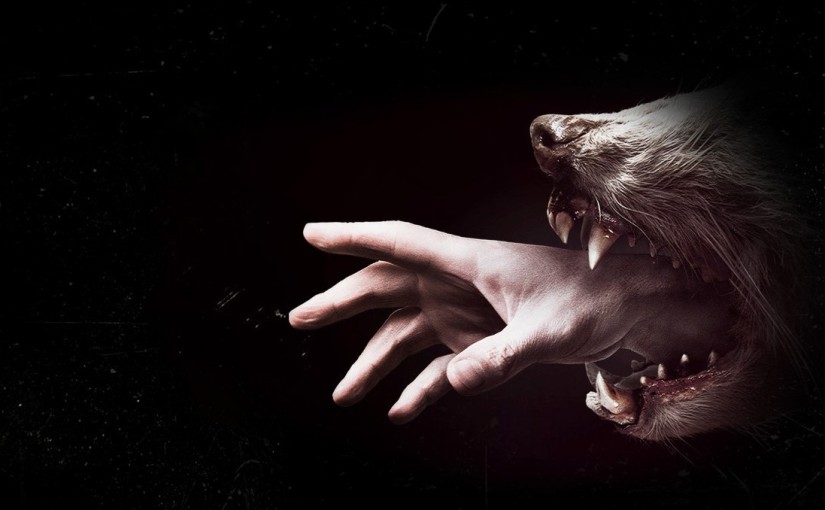 I’ve been on a bit of a bender.  For a week, I sucked down episodes of Netflix’s Hemlock Grove like the strung-out sci-fi fantasy junkie that I am. The night before I finished the last two episodes–a mere six days after my first taste–a friend asked me if Hemlock Grove was any good.  And I had to admit that I still wasn’t sure.

It’s been a strange sort of addiction all along.  People talk about chasing the high of the first hit, but that’s not our story.  At the end of episode one, I had little more than a grudging hope for a novel(ish) approach to building supernatural universe–these things have rules, after all, and for me the rules are where it’s at–and something like a pang of brand loyalty for bad guys played by the brooding, blond Skarsgard brothers.

On these promises, the series delivered with some regularity if with not much panache.  Skarsgard the youngest (Bill, 23, with something like the commanding shoulders but not quite the easy charm of brother Alexander and a dash of brother Gustaf‘s ability to turn his countenance from impish to menacing and back again before you’re sure his face has moved at all) varies from fine to excellent.  He manages to put across a fairly unlikeable and deeply implausible character such that you start to blame the material for his weaker moments. (Does anyone think that even a rich kid in a red Porsche can get away with wearing a sport coat to high school everyday without seeming more douchey than anything else? Even James Spader could barely pull that off 25 years ago.)

Turns out that the werewolves were excellent throughout.  Actor Landon Liboiron disappears into young werewolf Peter Rumancek and manages to make maybe the most disturbing and bloody wolf transformations I’ve seen into moments of character development and pathos, not just shock.  Without out him, no one would watch beyond episode one.  I always love Lili Taylor and here her moments of easy sincerity as wolf-mama were able to tether a deeply odd story (populated by several pathos-challenged performers) to some sense of, for lack of a better word, humanity.   Taylor was as much like watching a real person as Famke Janssen was like watching a parody of a villianess from the Universal Horror back catalog, all over-the-top accent, monochromatic clothes, and elliptical dialogue woodenly delivered.  (Why O, Famke!  Why!)

Do I have to type “spoiler alert?”  Does it feel less cheesy if it’s at least in italics, a kind of writerly aside protesting such a phrase fully entering into my “author’s voice”?  Probably not, but it’s all I can muster.  Ahem: “Spoiler alert!”

About 12 hours after having finished the last episode, the bleariness from too little sleep has given way and the sort of emotional stupor induced by the season’s ending is beginning to emerge as its own distinct sensation, one immune to the palliative of caffeine.

The gestures at closure by way of tragedy felt more a waste of the most well-rounded female characters than anything in service of either story or sensation.  I liked the answer to their whodunnit well enough, I suppose, but the other bodies sacrificed to the cause felt like perhaps more collateral damage than even this gore-fueled series can sustain.  Perhaps some of the deaths were decisions made before the green light on season 2?  As it stands, there is little left to suggest any meaningful female character will exist in Hemlock Grove’s diagetic space and, along with them, any really interesting interior space within Roman (Skarsgard) or between Roman and Peter.

Worse yet, the blood spilled in the last two episodes piled the female body count of the series firmly into the double digits for such “meh” narrative reasons that it has forced me into a kind of morning-after, rueful acknowledgment of the series deeper-than-I’d-feared misogyny.  I’m enough of a genre nerd, that I’m pretty happy to bracket rather a lot of teenage girl slashing under the category of “what the horror genre is conventionally about.”  (Which is not to say that horror’s misogyny writ large isn’t worth considering, but to say that it’s typically what you’ve signed on for as part of individual film within the genre,  Spotting it is not, on its own, very difficult or insightful).

But in Hemlock Grove, I found a creepy beyond the creepy I turned this series on in search of: an unflinching relish in the sexual way young girls were devoured as victims and in the repeatedly sadistic way they were devoured as sex partners. This  relish was strangely mirrored and inverted in the unceremonious elimination of each of the few female characters who had been relatively respected as peers and whose bodies had–until the last episodes–been valued differently and granted a kind of integrity.

You expect them to kill the “whores”, perhaps. You shudder anew when they slaughter the “madonnas” and spend even less time mourning them.

The “exceptional women” (the mothers, the supernatural creatures, the intellectuals, and the deformed among them) who made it through until, literally, the last gasp of episode thirteen were never more important to me than when I felt their loss nearly simultaneously in the final two hours.

Here the series squandered an opportunity to do something new with its dueling alpha males.  Having already reoriented their rivalry around simmering bromance (the threat of a fight to death keeping it hot), season two seemed poised to trace how this gerrymandered household of werewolves, gypsies, vampires, mortals, their mystery spawn and biomedical- experiment-relatives might function with two alphas at the helm.  Could two men driven by such bloodlust lead side-by-side?  For how long?  And to where?

Instead, blood spilt from everyone who connected our protagonists to one another in first place.  All of them female.  It’s as though series producers proposed that since male rivalries often center on women, these two (and their viewers) would need to live in a womanless narrative for their bromance to mature.  Or worse, that strong men come to maturity only by severing all meaningful connections to women,  and draining their influence from the world. .

A final peeve arrived in the last scene, to which I can only say: Wha?!?  Since when has baby-eating been a concept that helps tie-up a universe’s loose ends rather than start a world’s unraveling?   I appreciated that episode thirteen brought us back to a few early mysteries about our main characters that I’d almost forgotten about.  I’d come to simply write a lot of their obtuse characteristics off as pale homage to David Lynch, never expecting the writers to circle back and give us answers.  But baby eating isn’t really an answer.

So between the dead girls I’d (admittedly) signed up for, the dead girls that we could have kept but rather bloodily dispatched before they were narratively used up, and then the weirdo, desperate appeal to “And also, these folks don’t like babies, see?  See how that brings it all together!!…”  Perhaps I’ve already drunk down too much Hemlock to bother with the series’ return.