Salamander is one of those programs you find only because (unlike lots of the mainstream stuff you logged on hoping to find) Netflix is offering it on their streaming service. I clicked through to this Belgian suspense tale I’d never heard of on the promise of its nearly five-star user rating. As I approach the end of the series’ one season’s worth of episodes thus far consumed in a rapid one-week binge, I have started to reflect on what about it is special.

From the start that program participates in that admirable European tradition of actually casting normal-looking, middle-aged humans and treating them like they can believably represent interesting, complicated, and, yes, sexy people.

My now several hours with the series is also certainly the longest time I ever spent listening to people speak Flemish—to my ear a fascinating aural mash-up of French and German phonemes but hardly the reason I’ve been compulsively returning to my laptop. When I consider Salamander and what I am enjoying about it, these foreign distinctives are not at the top of the list.

I’ve realized that escaping into this Brussels-based mystery is less like watching good television from another country than it is like watching good television from another time. Let me be clear: the series is by no means outdated in its look, its brisk pace, or its long-format approach to storytelling. But it manages to spin its yarn without a lot of the latest concerns that define paranoia culture and without any of the narrative crutches that have become fashionable on American primetime.

This is paranoid culture without a technology addiction—no closed-circuit surveillance games, drone-enabled corporations, genetic mutations, or biotechnologies. Neither do viewers encounter augmentations of the human condition of any kind, really. Our protagonist Detective Paul Gerardi is not preternaturally deductive (see: Sherlock and Elementary), nor immortal (see: Forever), nor imbued with demon-fighting powers (see: NBC on a Friday night). The writers wring suspense from circumstances sans killer clowns, witches, or vamps, nor rely on villains with near farcical personality flaws or ne’er-do-wells with clever nicknames (here’s looking at you American Horror Story, Gotham, and The Blacklist). 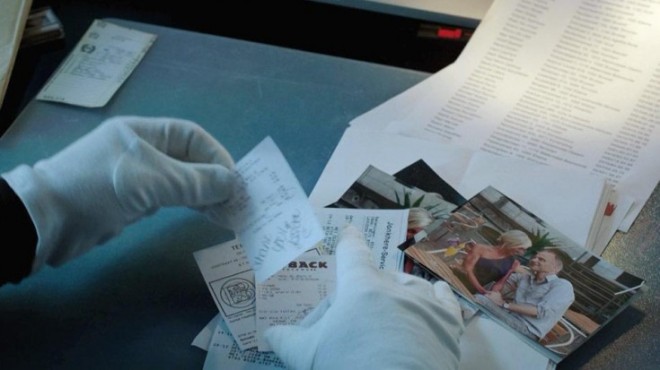 A somewhat shaky tie to WWII intrigues of the Resistance—established through increasingly frequent flashback sequences—solidify Salamander’s throwback feel. If I have a quibble with the storytelling, it’s that these poised-to-be-telling revelations are too few and too late in coming. For a very long time (at least eight episodes out of twelve), we have no real origin story or motive for the dangerous cabal that is the Salamander group. Rather this secret society is tautologically evil because they are a secret society; this is a world wherein the powerful are blood thirsty simply because they have desired and gained power.

Our counterpoints to this shadow faction after which the series takes its name are the similarly bereft of characterization nemesis of the cabal—the mastermind behind the initial break-in and blackmails—and the mercifully better-fleshed-out main character Detective Gerardi.

Gerardi appears in so many scenes and is portrayed with such urgency and conviction (by actor Filip Peeters) that, strangely, many of the holes in plot motivation feel forgivable and not all that important to the emotional arc of the series. Similarly, the events that threaten to undo not only Gerardi but the stability of the Belgian state come in such rapid succession and yet without anything like melodrama that the force of momentum alone is enough to sweep the audience into a suspension of disbelief. A tragic loss here, a believably awkward seduction there and the deeper questions about “why” fall neatly to the side of more immanent worries about “who” and “how.”

Salamander is, plainly, television that looks and feels more human than sensational, making it a change of pace that is well worth the subtitles.

One thought on “Belgian Salamander’s Appealingly Untrendy Approach to Suspense”